This morning, the three of us went for a little drive to the south peninsula. One of the first trips my hosts had done with me, had taken us along the Old Cape Road – which is called Ou Kaapse Weg in Afrikaans – to the suburb of Noordhoek (where we had a lunch of tea and muffins, remember?). On the way, Reggie had pointed out the sign to the Silvermine Nature Reserve, and mentioned the possibility of a leisurely stroll around the large reservoir in the reserve.

Well, we did so this morning, and I loved it. A well-constructed boardwalk goes almost all the way around the large dam, and there are lots of secluded little picnic spots dotted about at the water’s edge. When we arrived, a rather brisk wind was blowing across the surface of the water, and I couldn’t help shivering a little in the cold and damp. To my surprise, a couple of swimmers could be seen braving the cold water. Reggie dipped my toes into the water, so I could test the water for myself – I couldn’t help squealing because it was so cold! Shiver!

We followed the boardwalk to the far side of the dam, where a rustic wooden bridge crossed over the stream, which feeds the reservoir. Just here, a huge mat of waterlilies floats on the water. We saw only a handful of flowering lilies, the rest seemed to be closed.

Near the bridge, we came to an area of densely packed bushes – so dense, in fact, that there is no way to reach the edge of the water.

It looked as though hundreds of small cobwebs, sprinkled with dewdrops, had been flung across the bushes, draped across them like gossamer handkerchiefs. I thought it was all very pretty – until Reggie told me to take a closer peek: each cobweb actually concealed a small spider! I decided that it probably wasn’t a good idea to touch the cobwebs.

Along the path, we found a bush of magnificent king proteas, and some cheerful flowering ericas, and some fragrant heather-like bushes.

I really enjoyed our visit to the reservoir, and I think it would be the perfect place for a picnic with a group of friends. One day, perhaps?

Click on any of the pictures in the gallery to access the image caroussel with all the captions. 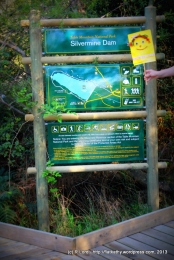 We walk slowly all around the reservoir on the wooden boardwalk 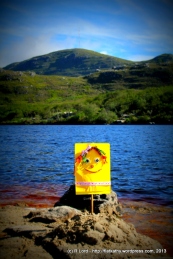 People are swimming in the reservoir even though the water is chillingly cold! 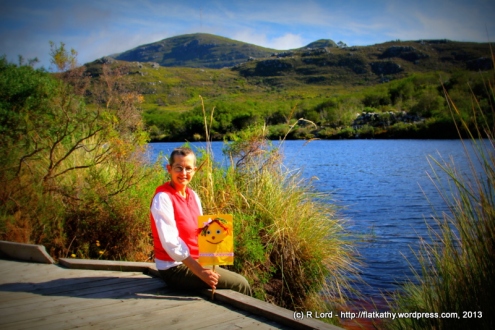 There are secluded spots all around the reservoir where you can picnic or just sit, gazing out at the water 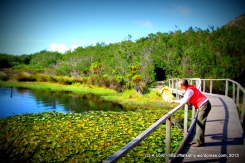 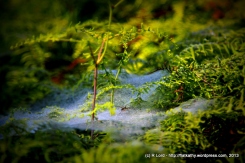 I have found a King Protea!

And some flowering erica bushes

2 thoughts on “A leisurely stroll around the Silvermine Reservoir”